The United Episcopal Church adopted its constitution at its first General Convention in 1984 and used the 1958 Canons until a thorough revision could be undertaken. This was provisionally authorized at the third General Convention in 1991, with final confirmation given in 1996. Both revisions were conducted in accordance with the general principles outlined in the Affirmation of St. Louis, adopted by the Congress of Concerned Churchmen meeting in St. Louis, Missouri in September 1977.

We believe that the following characteristics define the position of the United Episcopal Church of North America.

We believe the Holy Scriptures of the Old and New Testaments to be the inerrant Word of God, and that they contain all doctrine necessary to salvation.

We accept the Apostles’ Creed, Nicene Creed, and the Athanasian Creed as summaries of the Christian faith, binding on the conscience of every member of the Church.

We believe that the sacraments of Baptism and Holy Communion were instituted by Christ in the Gospels, are generally necessary for salvation, and are effectual signs of God’s grace.

Confirmation, Holy Matrimony, Holy Orders, Penance, and Holy Unction are sacramental in character, as they are outward signs of inward spiritual graces. However, they do not have the same nature as Baptism and Holy Communion in that they were instituted by the Church and lack a direct mandate from our Saviour Jesus Christ.

Evangelical means ‘of the Gospel’ and does not denote a particular form of church government or worship. We are evangelical in the sense of being committed to biblical doctrine and to preaching the good news of Jesus Christ. The United Episcopal Church seeks to respond flexibly and imaginatively to the challenges posed by being a traditional Church for the modern world.

We are Catholic in the sense of being committed to the faith of the whole Church before the disunion of East and West as delivered to the Apostles, and transmitted to each succeeding generation by faithful bishops and pastors.

The Church maintains the ancient, catholic form of church government which is episcopacy, or governance by bishops. Our bishops are in the historic succession, which we believe stretches back to the apostles themselves. The United Episcopal Church maintains the scriptural practice of ordaining only men to the orders of deacon, presbyter, and bishop, but maintains the order of deaconesses as an ancient lay vocation for women.

In accordance with the Affirmation of St. Louis (1977), we believe in the sanctity of human life from conception to natural death.

The United Episcopal Church of North America believes that marriage should be a life-long, indissoluble union between one man and one woman. We also accept that marriages can and do fail, and we seek to extend proper pastoral support to those whose marriages have failed or are in danger of failing. 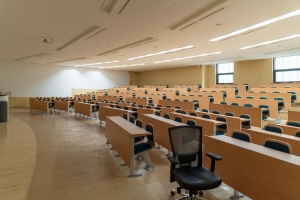 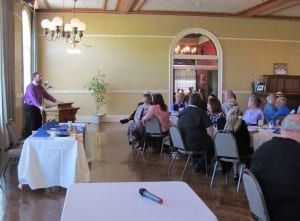